With the aim of awakening scientific vocations in young people, this Thursday a new edition of mendosciencethe interactive exhibition organized by the Faculty of Exact and Natural Sciences of the National University of Cuyo.

The event will remain until Friday, from 9:00 to 17:00, and is aimed at students of the last years of the Intermediate Level who will follow an itinerary that will lead them to live experiences related to the disciplines studied in the Faculty: Chemistry, Physics, Biology, Mathematics and Geology.

It is organized on the premise of “science of touch” and tries to nurture a curious and even critical spirit in the students. At the same time, it opens up for them the possibility of familiarizing themselves with the exact and natural sciences and of being able to conceive of science as a tangible phenomenon.

Another of the pillars of the 2022 edition is climate change, which will be addressed from different perspectives showing human influence on the planet it is unequivocal and its effects are already perceptible.

For example, on the facade of the FCEN you can see an intervention that contains infographics, graphics and photos of endemic species of the endangered province and which, through a QR code, will allow you to deepen the data on this phenomenon, mainly developed in the sixth report of the Intergovernmental Panel on Climate Change (IPCC). 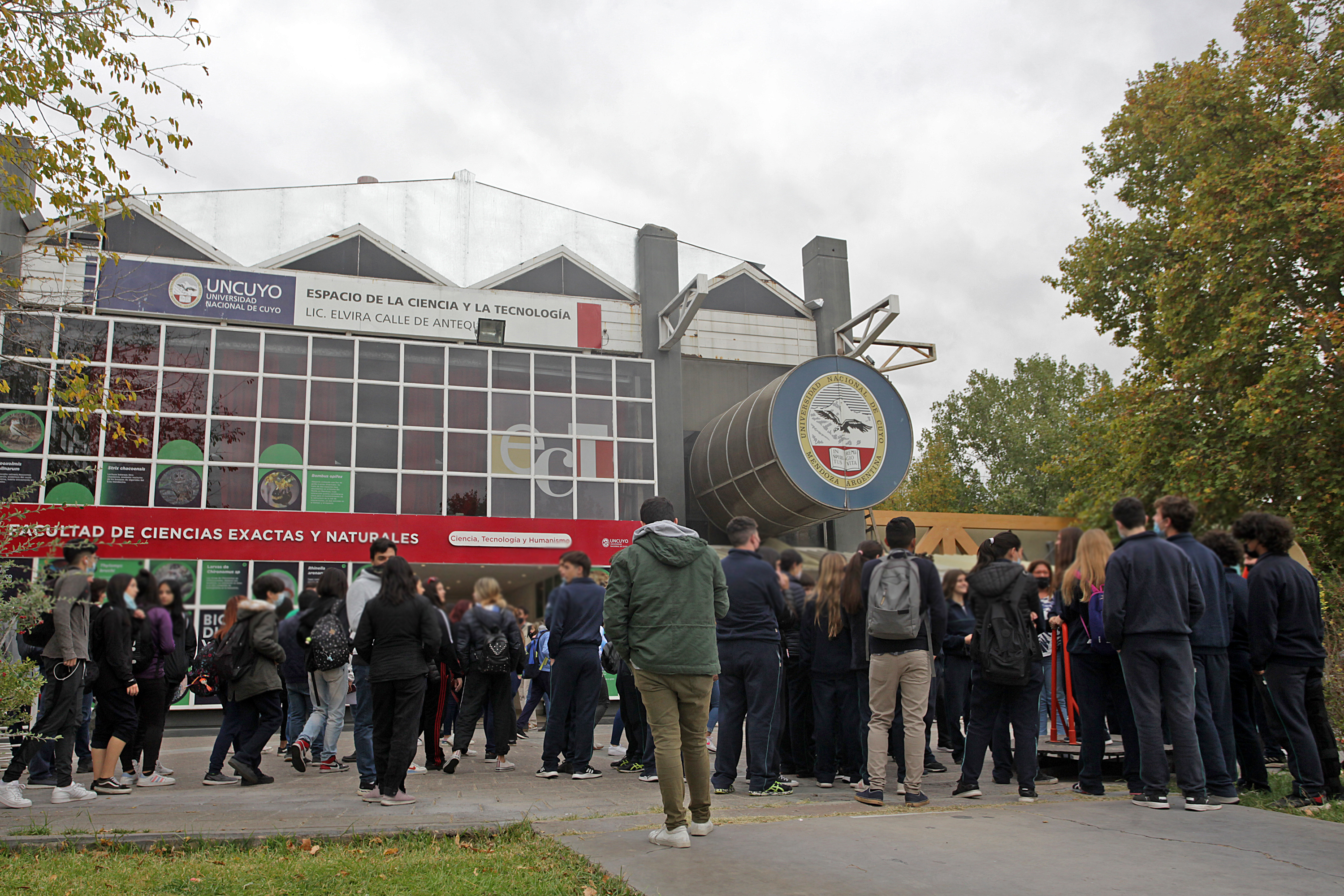 More than 1,300 students are expected to visit FCEN (Faculty of Exact and Natural Sciences) for two days. The Medociencia tour will have a two-hour scheduled “script” that includes five stations where different experiences will be developed: ATR Science, Chemistry, Dinosaurs – Extinctions and Climate Change, Converscience and Interactive Physics. To these will be added a series of games in the gardens that induce observation, manipulation and experimentation practices, and the possibility of being photographed with the most recognized characters in the history of science.

1. Chemistry: the start of the tour begins with a booth where students can interact with chemistry experiments.

2. ATR Science: In this station, young people will have the opportunity to learn more about biological microuniverses and the world of Geology.

3. Dinosaurs – Extinctions and Climate Change: Visitors will be able to observe the skeleton of a large carnivore together with the reconstruction of an excavation with original fossils, accompanied by a speech given by paleontologists. 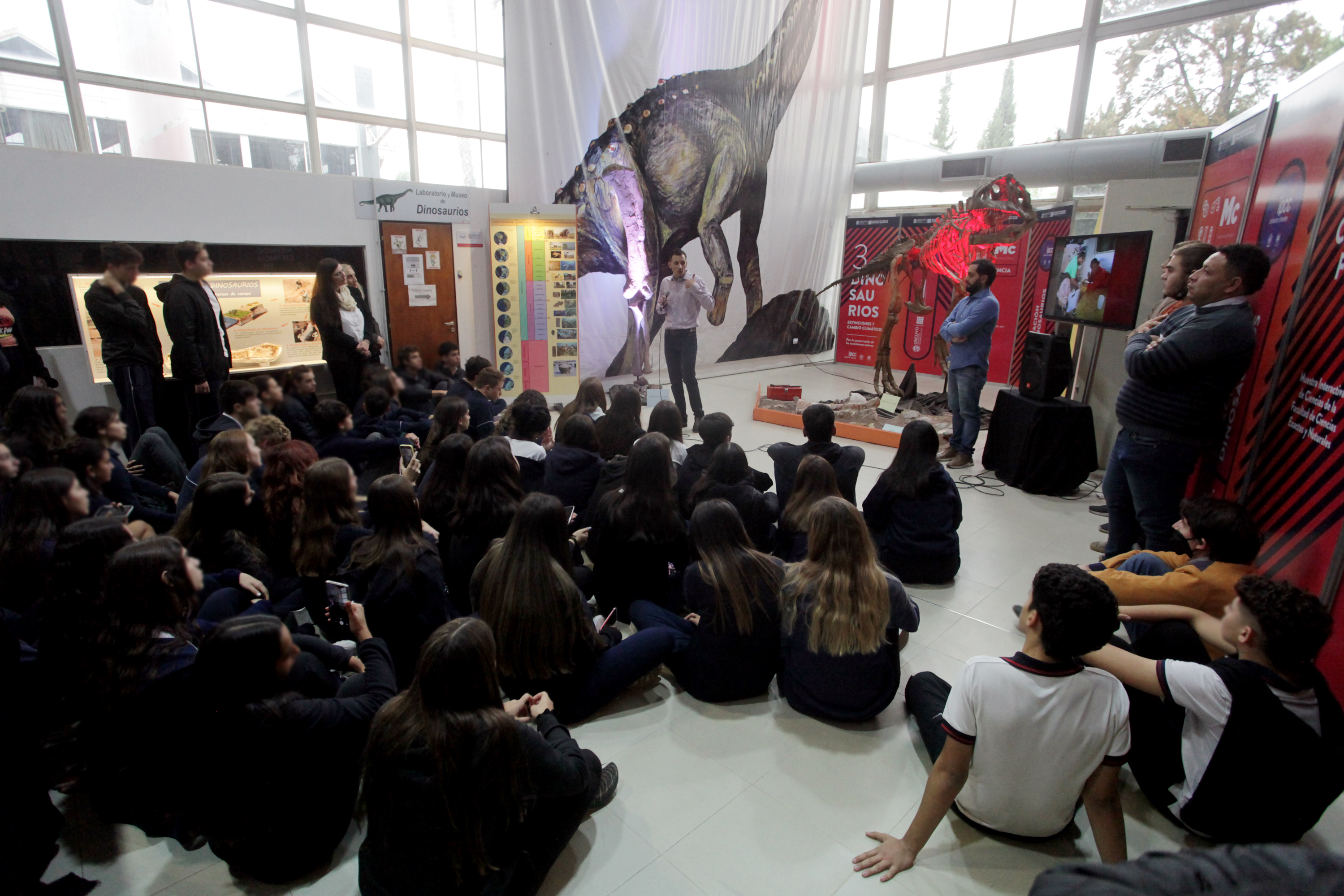 4. Convergence: a series of multimedia interviews with scientists and researchers will take place at the Faculty Auditorium.

5. Interactive physics: Through the use of Open Source software, visitors will be able to interact with a particle levitator and observe live the workflow of a 3D printer, in addition to the experiments carried out in the Physics Laboratory. 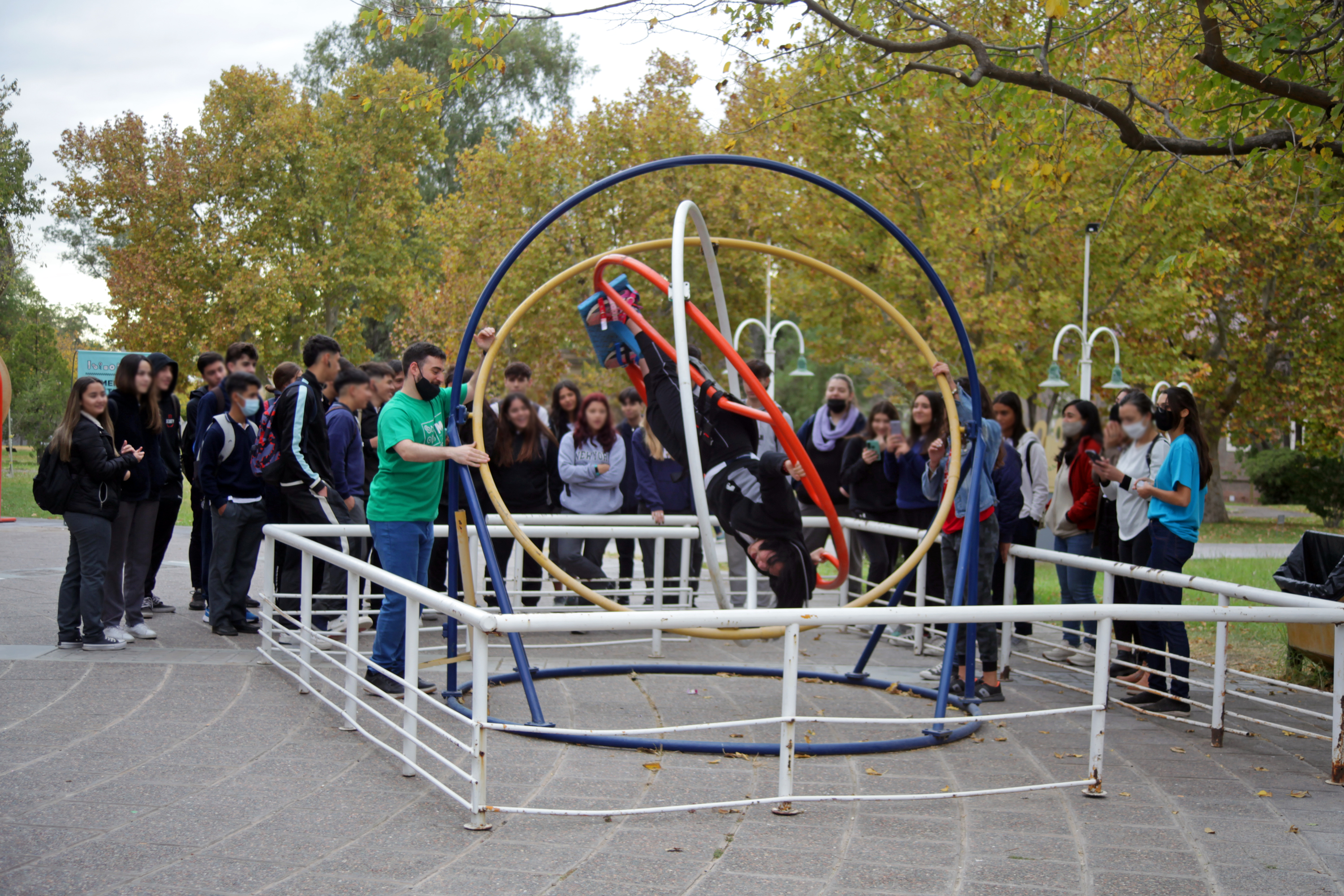 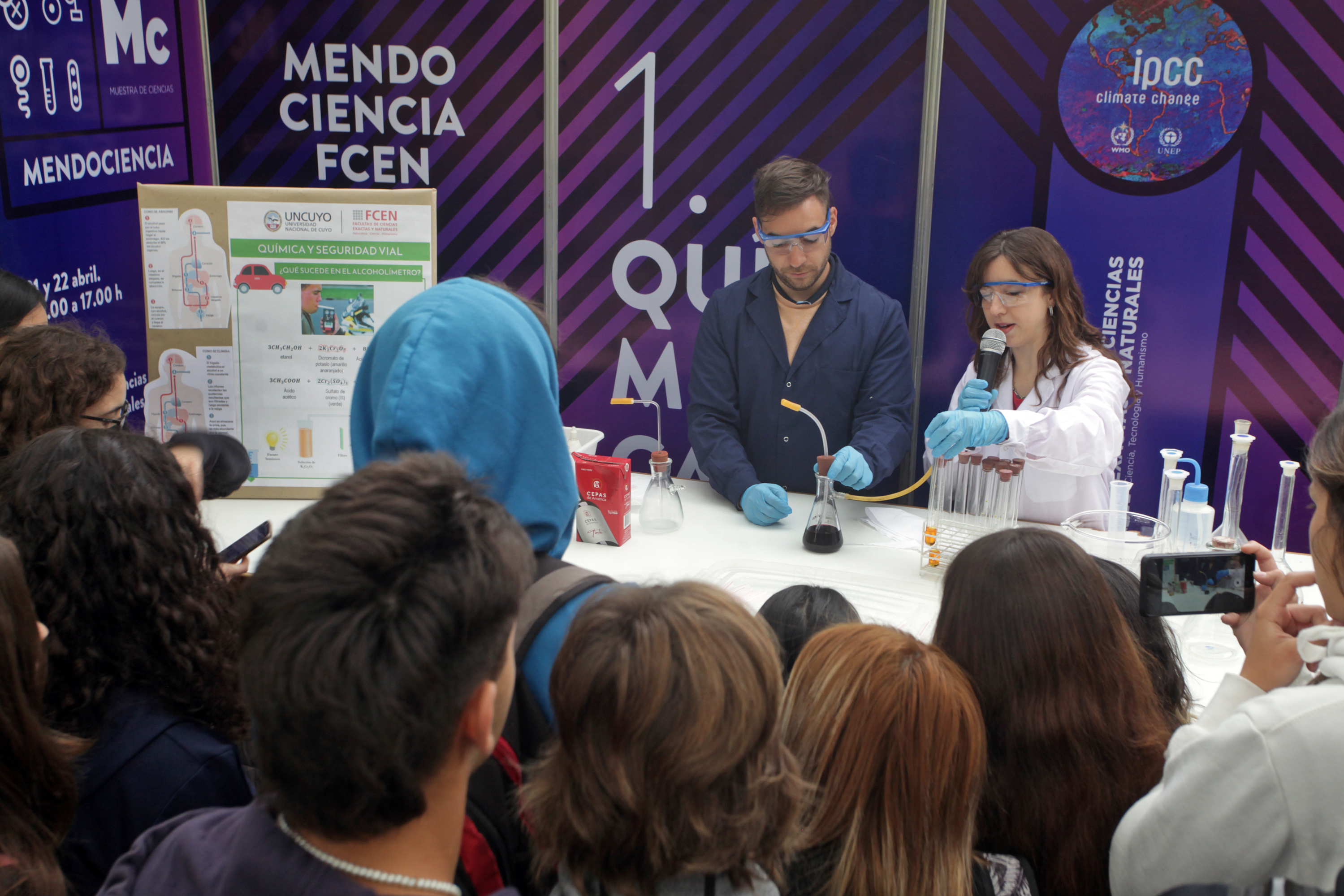