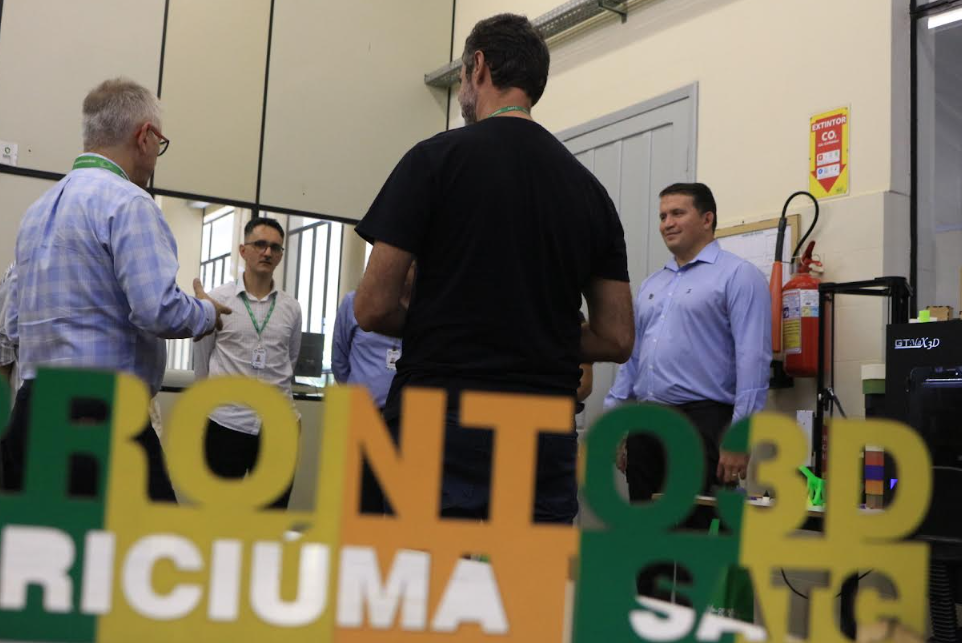 The projects developed by the UniSatc Mechanical Engineering course and with the regular training courses of the Colégio Satc were presented to the team of the Ministry of Science, Technology and Innovation (MCTI). One of them is Science for All, which has been developed since 2010, and aims to strengthen the teaching of Physics and Mathematics among students.

The general coordinator for the Promotion of Scientific Education, Roberto Machado Freitas, and the engineer and technologist MCTI, Eder Ângelo Sanches, were able to know a little about the actions and work proposals. “Congratulations to the institution for the work done. The little we know proves it. The future requires teaching to be creative and disruptive, ”Freitas said.

The intent of the MCTI is to identify projects and initiatives that are carried out by the country to stimulate and disseminate science. “Our challenge is to find out which projects could be replicated, by training teachers and expanding student training,” said the coordinator.

Another project that was presented to the professionals of the Ministry is the discipline of Applied Technologies (AT) which is currently under development with the students of the Colégio Satc, from the age of 3. “Robotics, the culture of the maker, this option that the student can experience is something we have been working on since early childhood education”, commented the dean of Satc, Carlos Antônio Ferreira.

The visit was accompanied by the Dean of Education and Expansion of UniSatc, Jovani Castelan, by the coordinator of Mechanical Engineering, Luiz Carlos Cavaler, and by Professor Andreia Scarduelli, coordinator of the discipline of Applied Technologies (AT).